Following and complying with the current health protocols, a video conference was held between the Governor of the State of Sonora, Claudia Pavlovich, and executives of the medical device company Becton Dickinson, in which the company disclosed the details of the start of its new manufacturing operation in the city of Hermosillo.

During the conference, the executives of the medical company, which is one of the top 10 medical companies in the world, shared with the Governor that after a long process of site selection and city evaluation, the city of Hermosillo was chosen to the new expansion of the company.

Welcoming the company, Governor Pavlovich commented: “We are pleased that a company as important as Becton Dickinson continues to grow in Sonora and that Hermosillo has been selected for this new expansion, which will bring direct benefits to the people of the State, with an important generation of specialized jobs and an economic impact that will permeate to different sectors ”. She continued “this project was possible due to the high quality of the Sonoran workforce since our technicians and engineers transcend borders”.

Juan Pablo Solís, Vice President of Operations, highlighted that “in Hermosillo, we found a highly qualified and stable workforce, an exemplary work culture and an infrastructure that facilitates the operation of the medical sector, factors that were decisive for this project to be established in the city”.

This project will generate more than 1,600 jobs in the coming months and aims to be strategic in the growth of the medical components sector in the state, positioning the state of Sonora as a leader in this sector, which continues to grow exponentially and is one of the most important industries in these times. In the Hermosillo operation, different varieties of medical components will be manufactured, mainly intravenous catheters for different applications and treatments.

Becton Dickinson, founded in 1897, currently has more than 70,000 collaborators and has a presence in more than 50 countries, being one of the most important suppliers of medical components in the world. Currently, the company is included in the Fortune 500 list in number 195, as one of the top global companies.

The conference also had the presence of the Secretary of Economy Jorge Vidal, the executives of Becton Dickinson Julio Duclos, Vice President and General Manager of Mexico, Central America and the Caribbean, Guillermo Cruz, Director of Operations, Catherine García, Director of Human Resources, Javier Gil, Legal Counselor, Luis Anguis, Plant Manager, as well as the executives of Grupo Prodensa, a professional consulting company that has supported the start-up of the company in Hermosillo.

You can read more about “Becton Dickinson arrives in Hermosillo” on the following links:

Start up and Shelter in Mexico

Our expertise in this field shows our attention to detail. We have been part of more than 600 projects of start up operations and shelter in Mexico from different countries of origin. We guide you with awareness, simplicity, and tested know-how through this process using our signature strategy, which helps you on a broad spectrum of needs. We advise you on everything you might encounter, from finding the perfect site selection to supporting you on making the most out of government trade incentives. 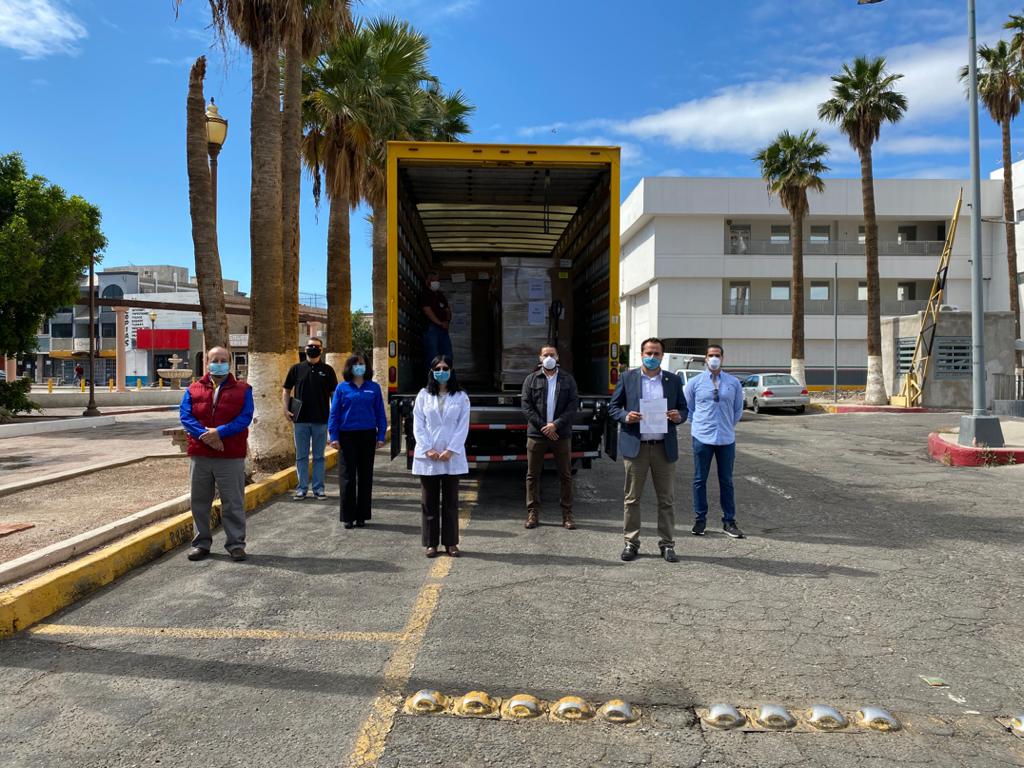 April 9, 2020 Mexicali, Baja California- As part of its great commitment to the citizens of its state and city, Martech Medical, in a coordinated